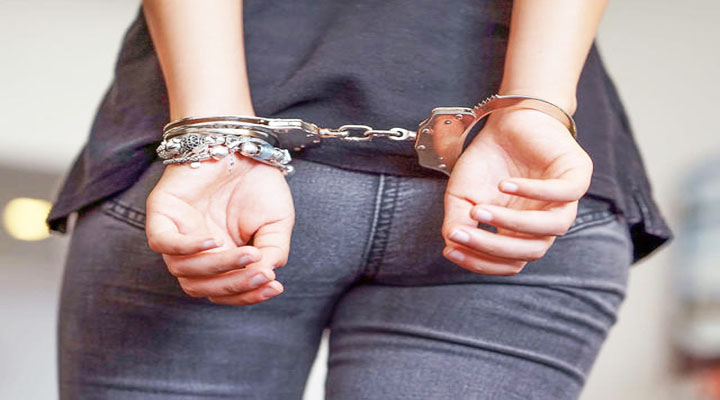 A woman was detained for leaving a restaurant tab unpaid at the airport. Hend Bustami, 28, said that Las Vegas Metropolitan police had harassed her because she was too “good-looking.”

Bustami walked out of a Chili’s Tex-Mex restaurant at Harry Reid International Airport without paying her bills. This was last Wednesday. The self-described “hospitality worker” was discovered napping “near the security checkpoint” by Las Vegas Metropolitan Police, who were called to the scene.

Eventually, Bustami was apprehended at the baggage claim. The arrest record noted that she appeared intoxicated and was “belligerent” with the authorities. According to police, Bustami stated that she was the target of harassment because “cops [had] never seen anybody as pretty as her.”

The young woman had another outstanding warrant from the Las Vegas Municipal Court, authorities eventually discovered. The nature of these charges is unknown.

Hend Bustami, 28, claims Las Vegas Metropolitan Police have never seen such a pretty girl like her

According to the report, while being detained, Bustami allegedly threatened to “spit on all the cops” and claimed that “the officers were perverts and were trying to rape her since they [had] never seen anybody this good looking.”

Bustami, a 2017 University of Nevada–Las Vegas graduate was arrested on suspicion of misbehavior.

Read: Despite being under house arrest for having sex with one of her students, the teacher invited the same student back for more

She’s being held at the Clark County Detention Facility right now on a $1,000 bond. It is unknown if Bustami has retained legal counsel. She is scheduled to appear in court on October 27.

Despite being under house arrest for having sex with one of her students, the teacher invited the same student back for more
Judge Daniel Lowenthal declares a mistrial because the robbery defendant wasn’t given enough sleep
To Top