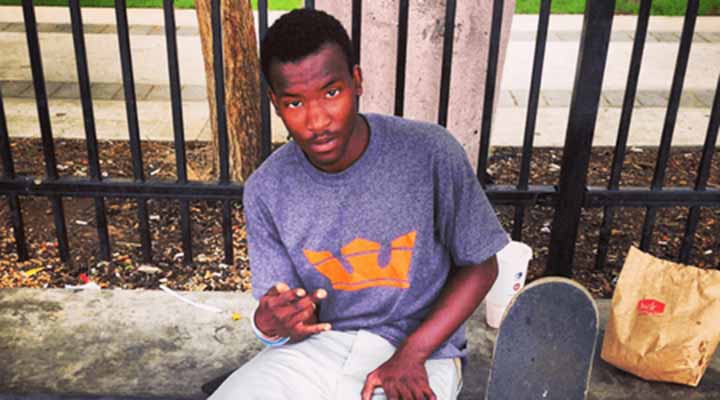 Judge Daniel Lowenthal declares a mistrial because the robbery defendant wasn’t given enough sleep and was too sleepy to take adequate notes in court.

Daniel Lowenthal, a judge with the Los Angeles Superior Court made the decision on Wednesday.

Deputy District Attorney Tricia Halstead said, “It’s simply terribly unfair of the court to punish the individuals and specifically the victims in this case, based on a lack of sleep.”

Vamazae Elgin Banks, 24, went on trial for reportedly threatening to shoot a McDonald’s cashier. That is, if she didn’t give him the money soon enough while holding a gun to her head.

“Get moving or I’ll blow your head off!” Banks reportedly told the victim, according to court documents.

He stole less than $100 from the McDonald’s on East Fourth Street in Long Beach. Banks may receive a sentence of up to life in prison. That is, if found guilty of the offense on three counts of robbery and one count of assault with a semiautomatic pistol. This is according to California’s Three Strikes sentencing laws.

He was convicted of two serious felonies in the past for robbery and uttering threats against the law.

Alan Nakasone, the defense attorney chosen by the court, said that because Banks had spent the previous night in a cell without a bed or blanket, he was unable to get a good night’s sleep and was unable to take decent notes during a court hearing.

The Los Angeles Sheriff’s Department was called out for negligence by Lowenthal. Lowenthal found the defense’s case convincing enough to grant the mistrial motion.

In response to Nakasone’s assertion, deputy district attorney Tricia Halstead questioned the judge in court. This is about whether or not he truly observed Banks dozing off at the defense table.

He was asked if he dozed off. Did Your Honor witness him dozing off?

Judge Lowenthal referred to Nakasone to answer the question. The defense attorney emphasized, “My client was nodding.” Judge Lowenthal then reached a conclusion to declare a mistrial. Lowentha said that “basically, this court has lost entire trust in the Sheriff Department’s ability to provide suitable housing.”

“In my 27 years of experience, I have not seen a mistrial declared because a defendant who was on trial was deprived of sleep,” said Anthony Falangetti, a criminal defense attorney who spent 14 years working as a prosecutor in Los Angeles County before switching careers.

The difficulties with sleep that Banks experienced started on Monday, August 29, when he was awakened at 3 a.m. in the North County Correctional Facility to be taken to the Long Beach courthouse, a 2.5-hour drive in traffic.

Nakasone claimed that despite having little sleep, Banks was alert during the jury selection and opening statements. Also, even through the testimony of his three victims on the first day of his three-day trial.

The judge instructed the sheriff to place Banks at the Men’s Central Jail in downtown Los Angeles. This is in order to reduce travel time.

However, the defense said that Banks was kept in a holding cell without a bed or blanket that was designed to accommodate criminals temporarily. Banks endured on August 30 until Nakasone asked the court to adjourn for the day at 2:30 p.m. owing to his client’s weariness.

In spite of the Long Beach Police Department’s offer to house Banks at their jail across the street that night, the sheriff’s office took him back to the same place and didn’t give him a cell with a bed and blanket until 3:30 in the morning, according to his attorneys.

Lara Yeretsian, a defense lawyer in Los Angeles referred to the decision as “surprising” but supported Lowenthal’s reasoning.

She said, “This is about a system that is genuinely dysfunctional. He is sending a message by saying that the treatment of the accused is harsh.”

Only half of the fleet of prisoner buses used by the sheriff’s department is now in service. Also, many of the county’s jails are located far from the courts.

READ: A new algorithm developed in the US can predict crimes a week ahead

In most cases, prisoners are brought to court late. The jail system is also understaffed and overcrowded.