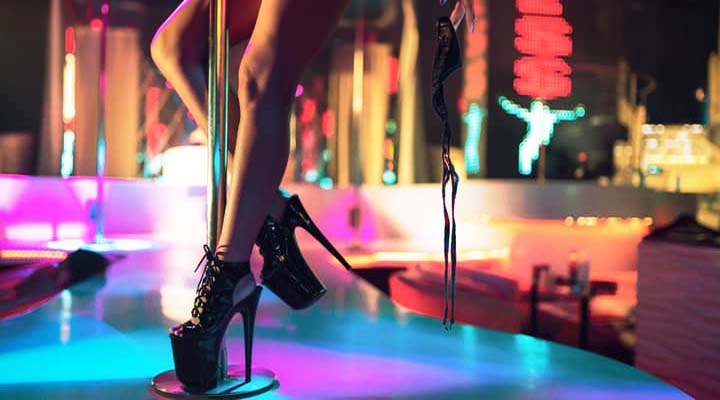 A nursing home was obliged to issue an apology for hiring a stripper to perform for elderly people in wheelchairs.

The Taoyuan Veterans Home, a government-run facility for retired soldiers in Tawain, compensated the adult performer for a sensual performance to commemorate the Mid-Autumn Festival. This is a significant celebration of the rice and wheat harvests of the season in Chinese culture.

An audience member recorded the obscene performance, which happened last Thursday. This was before it was uploaded to social media and instantly went viral.

The sexy video depicts the masked exotic dancer giving an old man a lap dance. The stripper also presses her breasts into his face while wearing lace lingerie.

Watch: A nursing home hires a stripper to entertain their seniors in wheelchairs

Judging from the video, the man doesn’t seem to care. The video shows him gripping the woman’s breasts as she writhes her body with joy. Other nursing home patients appeared to enjoy the obscene performance as they eagerly clapped along.

After receiving criticism, the elderly care home issued a statement indicating that the “event’s goal was to amuse and please the residents. We sincerely regret the offense that was committed.”

Read: Despite being under house arrest for having sex with one of her students, the teacher invited the same student back for more

A spokeswoman for the elderly facility noted that the COVID outbreak had forced the nursing home to cancel Mid-Autumn Festival celebrations the previous two years. So they scheduled the stripper to put on a show to cheer up the locals.

In an adjoining nursing hall, they claimed there was also a more somber game of bingo and some karaoke.

However, by wearing face masks during the sensual display, the residents and the dancer were able to stay COVID-safe at all times, as seen on video.

Read: Woman who thought she was “too good looking” to pay her bills arrested by cops

In Asian culture, one of the most significant festivals is the Mid-Autumn Festival. In China, the occasion is marked by family gatherings, harvest thanksgivings and good luck prayers.

Share: A nursing home hires a stripper to entertain their seniors in wheelchairs.