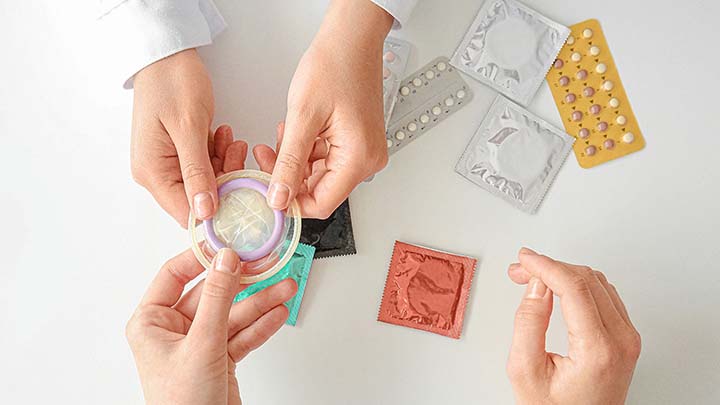 Overcoming birth control loopholes from both ends (male and female). It is important to point out that any procedure, drug or device used to prevent conception is referred to as birth control.

Birth control options are available to women in a variety of forms. Some methods of contraception are more effective than others in avoiding conception.

Preventing sexually transmitted infections (STIs) is an important consideration when choosing a method of birth control. Right now, your doctor can help you decide which treatment will work best for you.

The use of contraceptives and other methods of birth control has long been aimed at women. Men want to be able to have sex without having to wear condoms all the time. Even still, condoms aren’t completely safe. Withdrawing the penis during a sexual encounter is another ineffective technique.

There is a pressing need to find a more efficient way to do this. In order to lessen the load on women, what if males too had their own contraception? Well, that’s good news, as the first male birth control product is just around the corner.

Male contraceptive pills DMAU and 11-MNTDC appeared to efficiently reduce testosterone. This is without creating unacceptable side effects during the initial stage of clinical testing.

In a news statement, ENDO 2022, the Endocrine Society’s annual conference in Atlanta, stated that the study would be presented there on Monday. Researchers say that there is a similar pattern to how hormones control a woman’s ability to have children.

Tamar Jacobsohn, lead researcher of the Eunice Kennedy Shriver National Institute of Child Health and Human Development’s Contraceptive Development Program (CPD), and Dr. Diana Blithe, Program Chief of CD, said that “we are building on the knowledge of many decades of contraceptive development for women. This is as well as our success with other combination hormonal methods like Nestorone® (a progestogen). Also, testosterone gel for regulating LH secretion and sperm production in men.”

About 64.9% of women aged 15 to 49 in the United States used some form of contraception. This is during the five-year period between 2015 and 2017, according to the CDC. The most popular methods were female sterilization (8.5 percent), oral contraceptive pills, long-acting reversible contraceptives (LARCs), and male condoms (8.7 percent).

The National Survey on Family Growth found that virtually all women used some type of contraception. This was in the five years between 2015 and 2017. There are now 17 methods of birth control approved by the US Food and Drug Administration for women. However, only two are for men—condoms and vasectomies.

Both natural family planning (also known as “fertility awareness”) and the pullout approach have an extremely high failure rate.

Hormone gels and injections for males

A number of studies have been conducted recently on hormone gels and injections for males. Although these are not generally available. The global market could reach $1 billion by 2024 and grow at a rate of 6% over the next 10 years. This is if a new method of male birth control is approved in the next five years.

New birth control options for men who generate sperm are currently unavailable. Developing a male hormonal contraceptive has faced a number of difficulties.

The first step, according to researchers Blithe and Jacobsohn, is to create a new medicine that healthy men can take.

A very high standard of safety is now being set. Aside from the side effects, they underlined that considerable testing is essential. That is, for each new treatment to guarantee there aren’t any threats to the patient’s health. Androgens, also called “male hormones,” are needed for healthy sexual development in both men and women. The body makes its own androgens.

In males, testosterone is the most abundant androgen in the body. There is a lot of research that shows how important testosterone is for controlling sex desire, bone density, fat distribution, muscle mass, and strength, as well as making red blood cells and sperm in men who are born male.

There is a problem, however, with existing formulations of oral testosterone derivatives. Male oral contraceptives have faced a variety of challenges in their development.

The first is that, biologically speaking, it’s far more difficult to stop the creation of millions of sperm every day in males than it is to stop the release of a single egg every month in females. Tested medications frequently have severe negative effects.

A lack of interest from huge pharmaceutical corporations, which make billions by selling the female contraceptive pill, has also made it difficult for clinical trials to take place. The study becomes more difficult as a result of this.

Despite this, “large pharmaceutical corporations may become increasingly interested in financing this research. This will happen when they become more aware of the potential market for these medications through clinical studies and acceptance testing throughout the world.”

The development of new male contraceptive choices might be accelerated if that occurs as a result of our study and efforts in general, “Blithe and Jacobsohn made the comments.

Dimethandrolone (DMA) and 11-methyl-19-nortestosterone (11-MNT), which are both progestogenic-androgens, are engaged in the current investigation. They are single-agents with two functions.

To be more specific, “pituitary gonadotropin hormone production is reduced as a result of the progestogenic effects (FSH and LH). Lower testosterone levels in the testis can be caused by inhibiting LH “based on Blithe and Jacobsohn’s research.”

In theory, sperm production should be limited if there isn’t enough testosterone in the testis.

Why are these particular substances being used?

“Sexual function and other bodily functions that depend on adequate levels of testosterone are supported by these molecules’ androgenic function.”

Jacobsohn and Blithe said “that because these progestogenic androgens are orally accessible and so may be administered as a pill (research suggests that men prefer oral tablets), and because both functions can be provided with a single dose rather than two combination treatments, they are being evaluated.“

A substantial decline in testosterone levels was seen

Participants in two Phase 1 clinical trials were included in the study. DMAU and 11-MNTDC, as previously stated, have been shown to reduce testosterone levels.

In the research, the majority of the participants agreed that the adverse effects of testosterone-lowering medicines outweighed the benefits.

“Our clinical studies have attracted a large number of guys eager to learn more about male contraception. As a result, they are devoted to helping the product progress through clinical studies,”Blithe and Jacobsohn both stated the same thing.

For 28 days, the males in each study were given either the active medicine or a placebo in dosages of two or four oral tablets each day. After seven days on the active treatment, testosterone levels in individuals using it plummeted well below the normal range.

The testosterone levels of individuals who took the placebo remained within the normal range. In this study, 75 percent of the men who took the active medicine stated they would use it in the future, compared to 46.4% of those who received the placebo.

In case you missed it: Here’s the connection between nightmares and Parkinson’s disease

There were no noticeable negative effects.

Many researchers prefer contraceptives based on hormones, despite the fact that reducing testosterone levels can cause unpleasant and significant adverse effects. Blithe and Jacobsohn say that research on non-hormonal techniques is looking into a number of different processes.

Scientists working at the University of Minnesota Twin Cities have tested an experimental drug that targets receptors for the particular type of vitamin A, known as retinoic acid (RA), that is crucial to cell and embryo growth.

Pregnancy rates in mice decreased when the medication was administered over a period of time. As of this writing, “no non-hormonal medication has successfully transitioned to clinical evaluation.”

We can’t assume that non-hormonal treatments won’t have side effects. Blithe and Jacobsohn said, “We’ll have to wait for those clinical trials to start before we can see anything that wasn’t visible in pre-clinical qualifying investigations.”

In order to reduce or prevent adverse effects, Jacobsohn and her colleagues are experimenting with contraceptive methods to substitute testosterone or other androgenic treatments.

In recent research with both medications, no harmful effects or side effects have been found. “A few people had mild adverse effects like acne, libido swings (both up and down), migraines, and erectile difficulties. By the time the research was over, all of the negative effects had subsided, “they informed me.

Read: California will start producing insulin and selling it at a cheaper rate

Researchers are examining the drug’s pharmacodynamics, pharmacokinetics, and safety in the Phase 1b experiment.

The researchers noted that following Phase 1 trials, bigger and more extensive investigations are needed. “The trials are sequential and ascending for healthy males,” Blithe and Jacobsohn said. “To make sure that safety is maintained during longer therapy in a larger number of patients.”

The main goals of Phase 2 trials, which would look at longer-term treatment plans, would be safety and stopping sperm from reproducing.

Another Phase 2b (efficacy) study is under way at the CDP for a combined Nestorone and Testosterone gel product, “which we think will be the first innovative product for male contraception,” Blithe and Jacobsohn added.

There is a two-year time commitment from the pair for the efficacy testing in Phase 2b if the medications are effective in Phase 2b testing in couples. If the Phase 2 studies are a success, the FDA will be consulted on what to expect in Phase 3.

This study is focused on developing an oral contraceptive that can be used by both men and women.

“It is required to do more study into the use of these medicines as testosterone replacement therapies because of their androgenic properties. For example, men may be able to utilize hormonal birth control in a similar way to women for purposes other than pregnancy prevention,“according to Blithe and Jacobsohn.

Just the thought of men’s contraception being more widely available is essential to ensuring reproductive freedom and equality. In addition, “the introduction of contraceptive devices for men will both improve the alternatives accessible to males. This will enable many women to have additional options for sharing the contraceptive burden.”

Share this article: Overcoming birth control loopholes from both ends