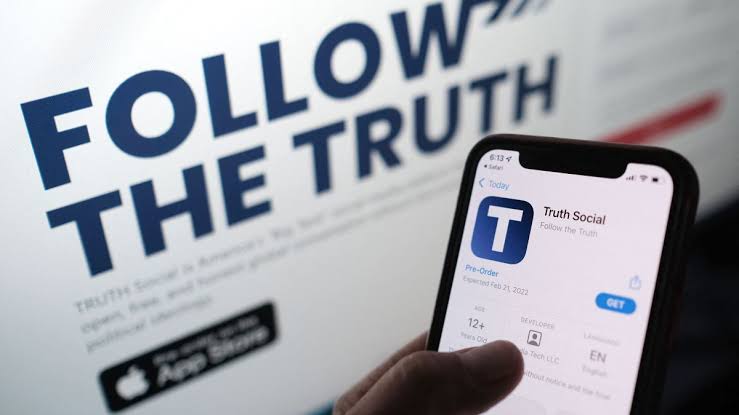 Truth Social also shadow bans conservative content despite the promise of free speech. Truth Social, the social media firm that belongs to former President Donald Trump, has positioned itself as a “free speech refuge” that values the use of one’s First Amendment rights.

But since the partial launch in February, its moderators have removed or limited the visibility of user posts often without providing an explanation, according to a new investigation conducted by Public Citizen, a non-profit organization that leans to the left and advocates for consumer rights.

The posts that were restricted or removed included content about the investigation being conducted by the United States House of Representatives. That is, the investigation into the attack on the Capitol on January 6, 2021. Also, the ones that discussed abortion. It also restricted content created by conservatives.

After learning that users were being banned from the site for expressing liberal or anti-Trump sentiments, the author of the report, Cheyenne Hunt-Majer stated that she began experimenting with posts on Truth Social in order to see whether she could avoid being banned herself.

Hunt-Majer, a Big Tech accountability fellow at Public Citizen who researches content moderation across social media firms. “It became evident to me inside the first 15 minutes that things were being censored.”

As part of the experiment, Hunt-Majer put “abortion is healthcare” in a post. She soon discovered that the post had been “shadow banned.” This means that it had the appearance of being published. However, she was unable to locate it anywhere on the website. She was not informed that the post was concealed from public access or given an explanation for the decision.

The post describing the abortion came five days after Hunt-Majer shared a TikTok video about the ordeal. This quickly gained widespread attention. After that, she contacted her company with the idea of making an official report about Truth Social.

Her inquiry revealed that a post she had written on Truth Social had been shadow banned. That is, the post compares regulations governing firearms to those governing abortion and birth control. It came to the same conclusion for a post that she had written about Wandrea “Shaye” Moss. That is, an election worker from Georgia who had testified at a hearing on January 6 in the House.

According to the findings of the Public Citizen research, content censorship was not confined to Democratic policy viewpoints. For example, users discovered that a post about Blake Shelton was being shadow banned. That is, the post expressing support for the right to own firearms. A link to a story published on the website Breitbart, which is associated with the alt-right movement was also prohibited.

People complained that they were unable to post a quote denouncing the help the United States provides for Ukraine. To test this, Hunt-Majer attempted to publish the quote but was unable to do so.

Truth Social did not provide a quick response to a list of queries on the moderation practices it employs. In the policies posted on its website, shadow banning is described as a “deceptive and manipulative tactic,” and the corporation guarantees that it “does not and will never shadow ban its users.”

On its website, the firm acknowledges that it must exercise some form of moderation. This is in order to “avoid illegal and other banned content.” They claimed they do so, in part, through the use of artificial intelligence. After that, human moderators look over the content that has been reported or removed, and users can be banned for making threats of violence, publishing pornographic content or violating the rights of intellectual property owners.

Truth Social hints at not being “is not error-proof”

The corporation concedes that the procedure “is not error-proof.” They claim that it finds and fixes any faults made when removing posts from the website.

Check out:California will start producing insulin and selling it at a cheaper rate soon

However, Hunt-Majer stated that the policies did not align with the activities undertaken by the organization.

“They’re taking a public stance on shadow banning and censoring, and then there is a reality of what is going on on the platform which doesn’t line up,” said Hunt-Majer.

She stated that she was unable to get in touch with personnel from Truth Social, but she theorized that not all instances of shadow banning were done in a malicious manner.

“You can tell by using the platform, just trying to get on, you can tell it’s being strung together by a few people who are not competent at putting up a social media site,” she added. “It is not friendly to users in any way,” she added.

Ever since Twitter and Facebook banned Trump from their websites, citing allegations that he incited violence, a few conservative alternatives to these social media sites have surfaced.

Also: A new algorithm developed in the US can predict crimes a week ahead

This year, Trump has primarily used Truth Social to rage about the House January 6 Committee and to endorse Republican candidates for primaries in 2022. He has a total of 3.4 million followers, which is a much smaller number than the 88.7 million he had while he was still active on Twitter.